If you happen to be driving between Salt Lake City and Portland, you can be sure to see beautiful landscapes, magnificent forests, numerous small cities and even smaller towns along the way. However, there is one major bustling metropolis which is an essential stop for any traveler passing through, the city of Boise! 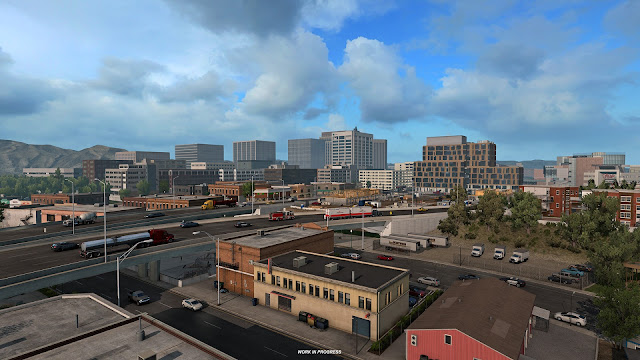 Located in the West of Idaho, relatively close to the state border of Oregon on the I-84, is the capital city of Idaho. Home to many small businesses and several high-rises, it is the most populous metropolitan area in Idaho; containing the state's largest cities which include Boise and Nampa. 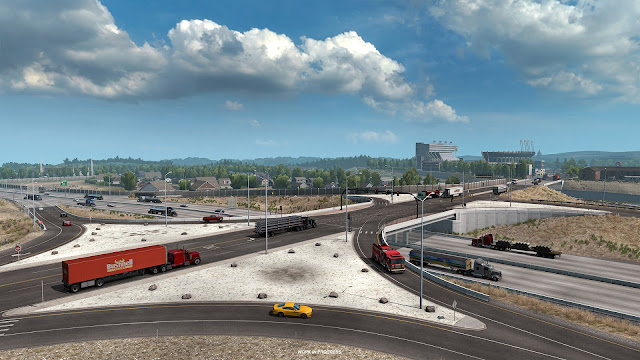 But you won't have to admire this city from afar, as Boise will be one of the cities that truckers will be able to drive through in American Truck Simulator. You may even spot some ambulances, fire trucks and police cars with liveries unique to the city patrolling the downtown area as you pass through.

Did you know that Boise also is also known as the City of Trees? The main reason behind this nickname is because of the state's abundance of (you guessed it!) trees! Idaho has a staggering 4.7 million acres of wilderness, which to put that number into perspective, is roughly the same size as US's three smallest states combined!

Excited to visit Boise? Then be sure to add Idaho to your Steam Wishlist, and don't forget to check out our Facebook, Instagram, and Twitter too! You can find exclusive content from upcoming projects, the latest announcements, community screenshots, giveaways, and much more. So if you haven't already, make sure to give us a like or a follow and you won't miss out!
Vous devez vous connecter ou vous enregistrer pour répondre ici.
Haut